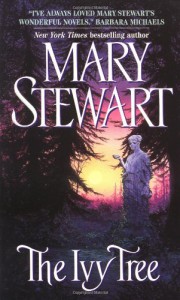 After mostly liking Nine Coaches Waiting, I decided to try another Mary Stewart. This is another mystery. It’s not nearly as atmospheric and I had figured out the central twist long before it was actually revealed. However, the characters were interesting and the beautiful descriptions of Northumberland were great. [May 2010]

I had read this a long time ago, but have been reading more Stewart lately and wanted to revisit it. I was interested by how obvious the mystery seems on a second read, though I remember feeling surprised when the big reveal comes along. In some ways, I enjoyed it more this time through, and certainly I like it better than Nine Coaches Waiting or Madam, Will You Talk. Though perhaps not quite as much as Thornyhold. (Dec 2011)
Tweet